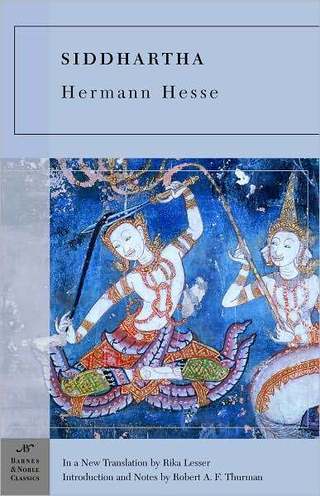 For years in Brooklyn public schools I studied French. At what must have been the age of fourteen I discovered on my elder sisters’ bookshelves Demian, Siddhartha, Steppenwolf, The Journey to the East. I devoured them; I took whatever I could find by Hesse out of the library. On my own shelves now, with many other Hesse volumes, is a yellowed hardcover of Narcissus and Goldmund from 1968; the price is cut off the jacket flap, perhaps someone gave it to me for my fifteenth birthday.

During my last year in high school, 1969-70, it was arranged for me to begin to study German at Brooklyn College. So my Germanic studies officially began, and later they traveled with me to New Haven (with relatively brief stops outside Salzburg, inside Vienna) and eventually from German to Swedish (with longer and repeated stops in Göteborg, Stockholm, Helsinki), and back to Brooklyn. I say “officially” because the first foreign language I was taught but can no longer read was Yiddish. It was the secret language my parents sometimes spoke with even more aged relatives, and the language we learned in the first year of an afterschool school we called “cheder” (Hebrew for “room”) when I was eight.

My first book was a limited edition of Rilke translations I had done as a Yale undergraduate, published by one of the patriarchs of American fine-press printing, Harry Duncan. Holding Out, in his splendid Abattoir Editions, was printed on paper that was hand made in India. My first commercial translation was a book of Hesse’s poetry, Hours in the Garden and Other Poems (Farrar, Straus and Giroux,: 1979). A few years later, I translated a selection of his tales, Pictor’s Metamorphoses and Other Fantasies (FSG, 1982). But mainly it has been poetry – my own and translated from Swedish – that has consumed most of my writing time over the years. In January 2006 the inquiry came about translating Siddhartha, and as I arrived in class, I mentioned this to my tai chi teacher, who replied, “The Buddha smiles.”

This translation is, so far as I know, the sixth of Siddhartha in print. Why so many? Things expire (for example, copyright terms); things change (language is one such thing); classics (even newer ones) remain classic but not constant; reading is interpretation.

Why read this one? Hesse considered himself first and foremost a poet. Not only when he published the first part in Neue Rundschau but also when he published the whole book, he referred to Siddhartha neither as novel nor novella but as “eine indische Dichtung,” a work of Indic poetry. It is a prose-poem. The voice throughout is that of a storyteller – at times redundant, at times formulaic. Surely this prose-poem is meant to be heard. Again and again the value of listening is stressed.


I made the translation by listening; I read the German countless times, many of those times I read it aloud. I followed Hesse’s punctuation for the sake of rhythm as far as I could, although I tried to avoid sacrificing semantics. This applies also to word order and to speech rhythm. Of course I read the English out loud many times as well. The rhythm of poetry is the rhythm of the moving body and its breath – despite his many and various health problems, Hesse walked a great deal. I hope you will read this Siddhartha out loud, and enjoy it!

The absence of the word “ego” and the infrequent occurrence of the word “self” in my translation may surprise a reader who comes to this book in English alone, especially if he or she has read an earlier translation. The term that gives rise to this quandary in English is the German neuter noun “das Ich.” In Hesse’s virtually pure standard High German, “the I” is capitalized just as all nouns were. Invariably I translate this Ich as the “I,” modifying it by other parts of speech as necessary. (German personal pronouns, including ich, are lower case.) Where Hesse actually uses the noun “Selbst” (also neuter), or the pronoun “selbst,” I give the word “self.” I have long suspected we all may have been better off if Freud’s “das Ich” had never been rendered as the Latinate “ego.”